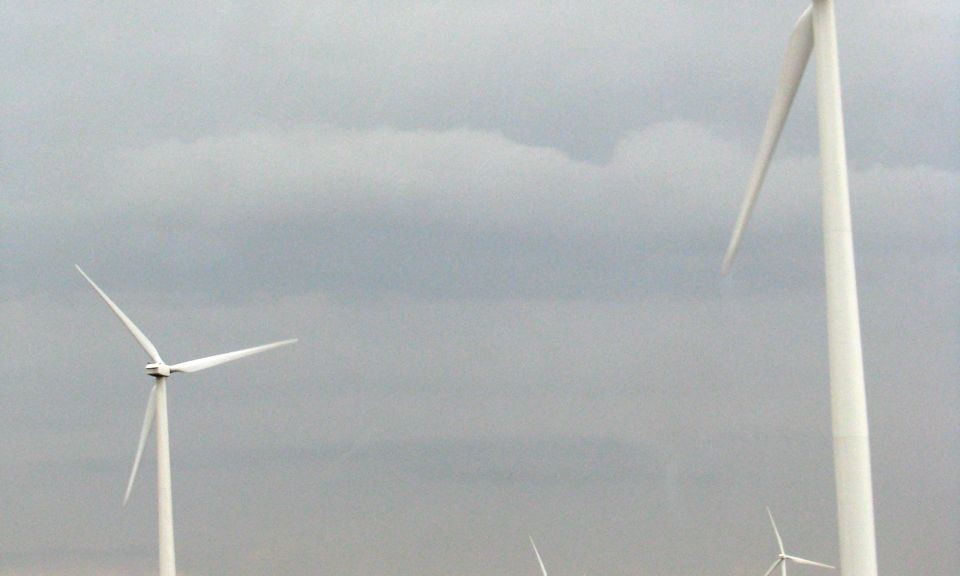 Is your real estate value blowing in the wind?

Beyond the pure aesthetic aspect, there’s been growing concern with consumers on how wind farms may impact individual real estate prices. In other words, will that view of the Tehachapi Pass Wind Farm that I find an uplifting road trip memory be a real downer for surrounding landowners when they go to sell? Researchers have studied this, actually. Here are the results.

When I was a kid, my father would trek us back to California every year (where he grew up). Sometimes, we went south. Sometimes we went north. Sometimes we went to the coast. Sometimes we did all three. But, I have one really vivid early 1980s memory from that time period—lying in the backseat of the car, looking up through dirty glass at very tall hills that seemed to blend into the gray of an early evening mist. A few points after the outline of the mountain disappeared a bit into the sky, there was a metal tower that seemed to be floating above in mid-air, an exclamation mark topped by a slowly spinning reflective pinwheel.

We were driving through the Tehachapi Pass Wind Farm in California.

I couldn’t have told you exactly where we were at the time, but that memory is still incredibly vivid: soft mountain lines punctuated by lazy turns of a turbine that remain hypnotic to this day and could never be fully captured by the best of artists. (That’s one of my favorite vacation memories.)

Tehachapi Pass was one of the first large wind developments in the U.S. Today, wind development is just one arm of a renewables building blitz that is still heavily centered in California but is spreading across the U.S.—a product of bold investments, federal initiatives, state requirements and a consumer desire for cleaner energy.

But, consumer desires may be a bit at odds internally. As with traditional electric power equipment, consumers often want the end results of the technology—the power—without the view of all the equipment that makes it work: substations, pole-mounted transformers, pylons, and, in this case, turbines.

Beyond the pure aesthetic aspect, though, there’s been growing concern with consumers on how wind farms may impact individual real estate prices. In other words, will that view of the Tehachapi Pass Wind Farm that I find an uplifting road trip memory be a real downer for surrounding landowners when they go to sell?

Lawrence Berkeley National Lab (LBNL) and the University of Connecticut say it ain’t so—at least in Massachusetts. They recently released a whole report on the subject “Relationship between wind turbines and residential property values in Massachusetts.” [3] And it’s not LBNL’s first study in this area but, instead, builds on 2009 and 2013 data sets of home sales near wind farms in the state.

In this version of the study, they “analyzed more than 122,000 home sales near 26 wind facilities in densely populated Massachusetts, finding no statistical evidence of an impact to property values.”

The team looked at three issues specifically: if the wind farm would alter the sense of place, if it impacted a view or if it was considered a nuisance due to noise or other annoying factors.

They did find one item in their list of “amenities, disamenities and turbine home price impacts” that did reflect a significant price effect: whether it was beachfront property (which kicked up prices over 25 percent).

The turbines, however, were “statistically insignificant.”

So, go ahead and buy that house near the wind farm. You should be A-OK on resale (unless the entire market tanks again).

And enjoy the view.